I’ve had quite a crazy start to this week – firstly my new (and crazy expensive) course book to my next course arrived that I bought from Amazon in the States. I bought paperback but they sent me loose leaf, which isn’t a catastrophe if it wasn’t for that they sent me one with the american-standard holes in it (short story; they use three holes and we use four) and that its impossible to find binders here in Sweden that works. So I have to figure out some DIY because now I have 900 loose pages laying around.

Then on Thursday we have our assignment seminar where we need to present our assignment in front of the rest of the class. Which usually isn’t a problem – I don’t mind some public speaking but the only information we got about what we’re supposed to do is “present the case in front of class, you have 10 min”. Huh?

And today I’m off to a food convention which my fiancés family business holds. They are a wholesaler and sell pretty much anything a restaurant needs from plates to milk and candy. So a crazy start to say at least… 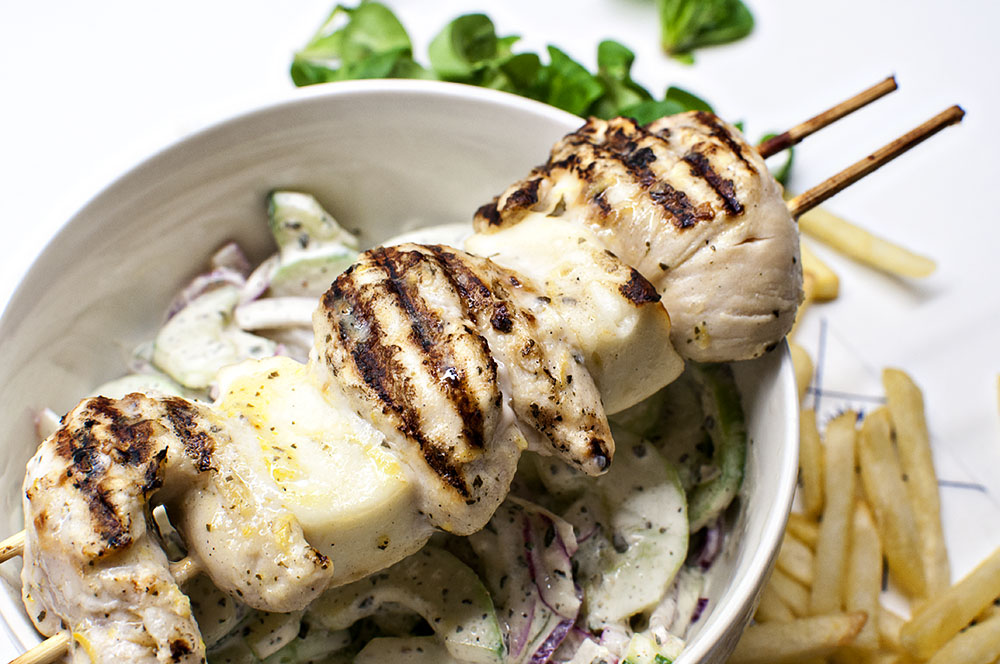 Today I´m giving you another of my favorite weeknight-dishes. A lemony, greek-style chicken skewer with a fresh and tangy cucumber salad. So easy and everyone I’ve made it for loves it.

To cook this up, you’ll need;
4 chicken breasts
1 lemon zest and juice 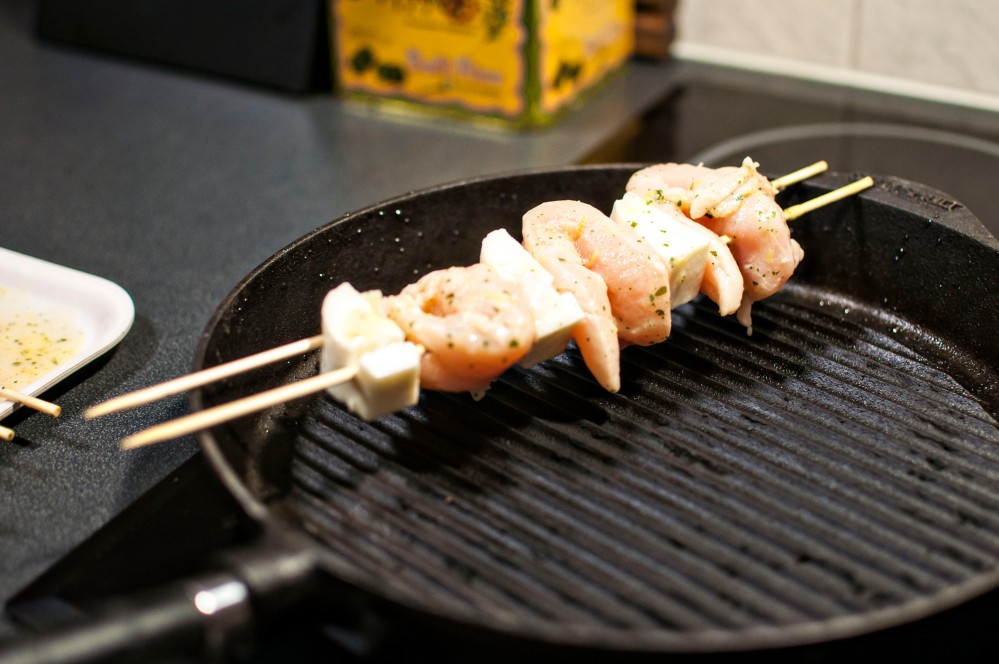 (sometimes not everything goes as planned, but this was easy fixed with some determination and a scissor)

Marinate; Cut the chicken breast into slices about two fingers wide. In a bowl, mix the zest and juice from 1 lemon (save abut 2 tbsp for later) with olive oil and cilantro. Let it marinate in the fridge for a couple hors or preferably over night.
Cucumber salad; Peel the cucumber and slice it in half, then remove the seeds in the middle. Cut it up into half-moons, and mix it together with 1 finely sliced red onion, chopped basil, sour cream and the remaining 2 tbsp of lemon juice) in a bowl. Let it rest in the fridge. 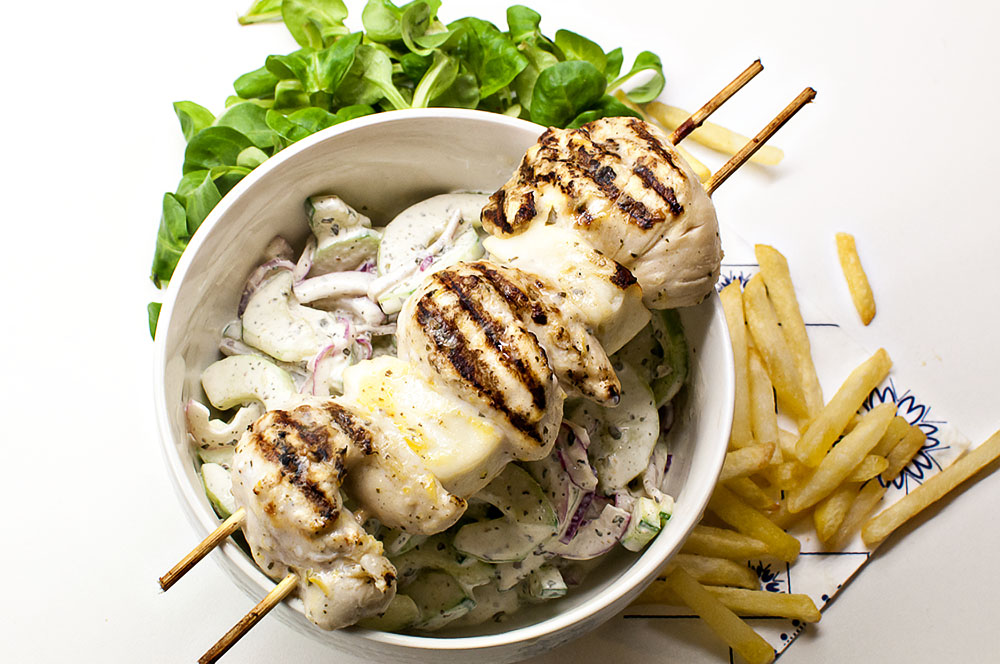 Skewers; Preheat the oven to 200 degrees. Cut the halloumi into bite-sized pieces then thread the chicken and halloumi on wooden skewers (to stop them from burning in the oven, put them into water a hour before). Cook them into a griddle pan to get some color and then let them get cooked all way trough in the oven.
Serve with chips and salad.